The Taoiseach has warned that countries in the front line of the Covid-19 pandemic should not be burdened with more debt by the make-up of the EU’s multi billion euro recovery fund.

Arriving at the summit in Brussels for a third day of marathon talks, Micheál Martin cast doubt on the prospects of a breakthrough because of differences over the size of the fund, currently set at €750 billion, the division between loans and grants, and the conditions that will be attached to the fund.

Speaking to reporters, Mr Martin said: “We do believe a package is required that has impact in terms of responding to the economic disruption that Covid is causing across Europe. Collectively Europe needs to recover from this.

“There are significant differences and it remains to be seen if we can get agreement today.”

The Taoiseach said the level of grants must remain high.

“Ireland believes pouring more debt on debt is not the way out of this. Some member states will find that very difficult. So the grants element of this is very important.

“One has to make an assessment at some stage in this process that if the package is diluted too much, does it really represent the significant response that the Chancellor Angela Merkel and President [Emmanuel] Macron originally envisaged.” 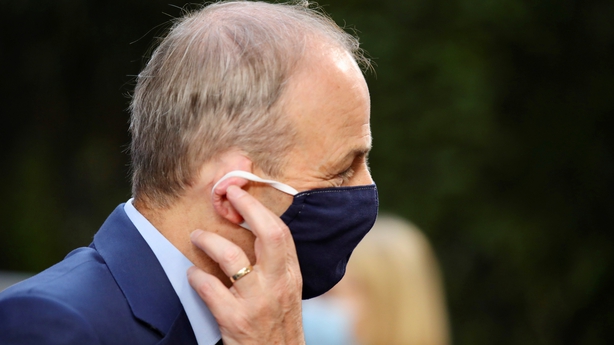 He added: “The absence of an agreement would be very negative in terms of the perception of Europe’s capacity collectively to respond to a crisis that is unique, and is a 100 year event, and that would be a worrying development if that were to happen.”

The Taoiseach said he was worried that the direction of travel was for the so-called Frugal Four –  the Netherlands, Sweden, Austria and Denmark – to push the proportion of grants down further so that more of the fund would be made up of repayable loans.

The original draft put the grants component at €500 billion, with a further €250 billion in the form of loans.

In a compromise text yesterday the grants level was reduced to €450 billion, with the Frugal Four reportedly seeking a further reduction to the region of €155 billion.

“That’s been the dynamic of this summit from the beginning,” the Taoiseach said.

“There was actually a good debate last night on the rule of law. Every member state has professed themselves committed to the rule of law. The issues seemed to revolve around the precise mechanisms one would use to enforce it, or to make sure it was adhered to by all member states,” he said.

The rule of law conditionality is targetted at member states such as Poland and Hungary, who have been accused of attacks on press freedom, the independence of the judiciary, and academic freedom.

The Taoiseach said Ireland was resisting cuts to a €15 billion fund for rural development as part of the overall recovery fund.

He said a proposed €5 billion cut in the allocation was as a result of the downward pressure on the grants element of the fund.

He said that given the amount was to be spread over seven years for all member states, the impact on Ireland was quite low.

The allocation is separate to CAP funding in the seven year EU budget.

“That said, we’re not happy with it and also the method by which this has happened, so we have registered [our objections], and I have spoken strongly in relation to that, and the principle behind that. That’s work that’s ongoing.”