You are here: Home / News / Coronavirus: What’s happening in Canada and around the world on Saturday

Prime Minister Justin Trudeau and Chief Public Health Officer Dr. Theresa Tam are asking Canadians to remain vigilant against the spread of COVID-19, with the number of cases of the respiratory infection continuing to increase.

Prime Minister Justin Trudeau and Chief Public Health Officer Dr. Theresa Tam are asking Canadians to remain vigilant against the spread of COVID-19, with the number of cases of the respiratory infection continuing to increase.

With numbers rising in Ontario and Quebec hot spots, Trudeau on Friday implored people to adhere to public health guidelines, stressing that “what we do now will be critical for the weeks and months to come.”

Tam advised Canadians to downsize their social bubbles and reduce the duration of these encounters. “Every person you encounter brings their whole network of contacts with them,” she said on Twitter.

The repeated refrain came as political and public health officials took pains to tell the public it was time to scale back parties, dinners out, group activities and other individual actions they say have been contributing to the increasing caseload of the novel coronavirus.

In Quebec, Health Minister Christian Dubé told residents to “make a special effort” to limit contact with other people for at least 28 days in order to contain the spread and save hospitals from an increased burden.

“I insist on this,” Dubé said, nevertheless saying he had no problem with people dining in small numbers, within their bubble.

Dubé said public health experts believe if the spread of the virus can be contained for two consecutive two-week stretches, the second wave of the virus will be better controlled.

The province reported 637 new cases of COVID-19 on Friday, the highest daily number since May 21. Quebec also conducted more than 36,000 tests, the most ever in a day. 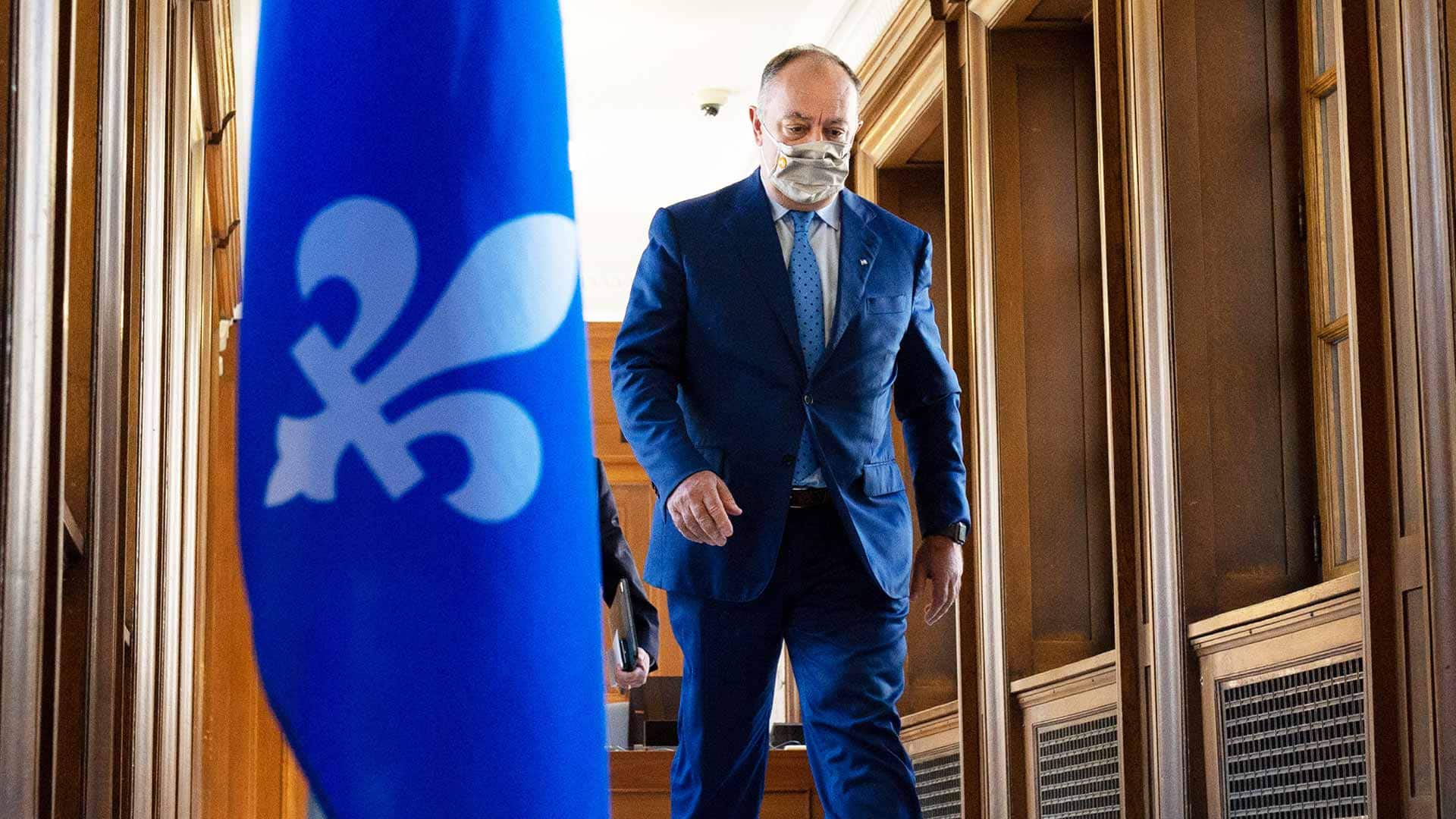 Health officials again urged Quebecers to resist unnecessary social gatherings as COVID-19 numbers continue to spike. But with warm summer expected this weekend, there is fear too many won’t listen. 1: 56

Canada on Friday recorded 1,363 cases of the respiratory infection over a 24-hour period, the highest number since early May. Most cases are in Ontario and Quebec, but infections are also rising in Manitoba.

As of Monday, Winnipeg and 17 nearby communities will be under new restrictions. Masks will be mandatory in indoor public places, and gatherings will be restricted to 10 people, inside and outside.

Meanwhile, Trudeau has announced the latest agreement to obtain a vaccine against the coronavirus, this one being developed by AstraZeneca and Oxford University. Canada now has deals in place to get millions of doses of six different potential COVID-19 vaccines. 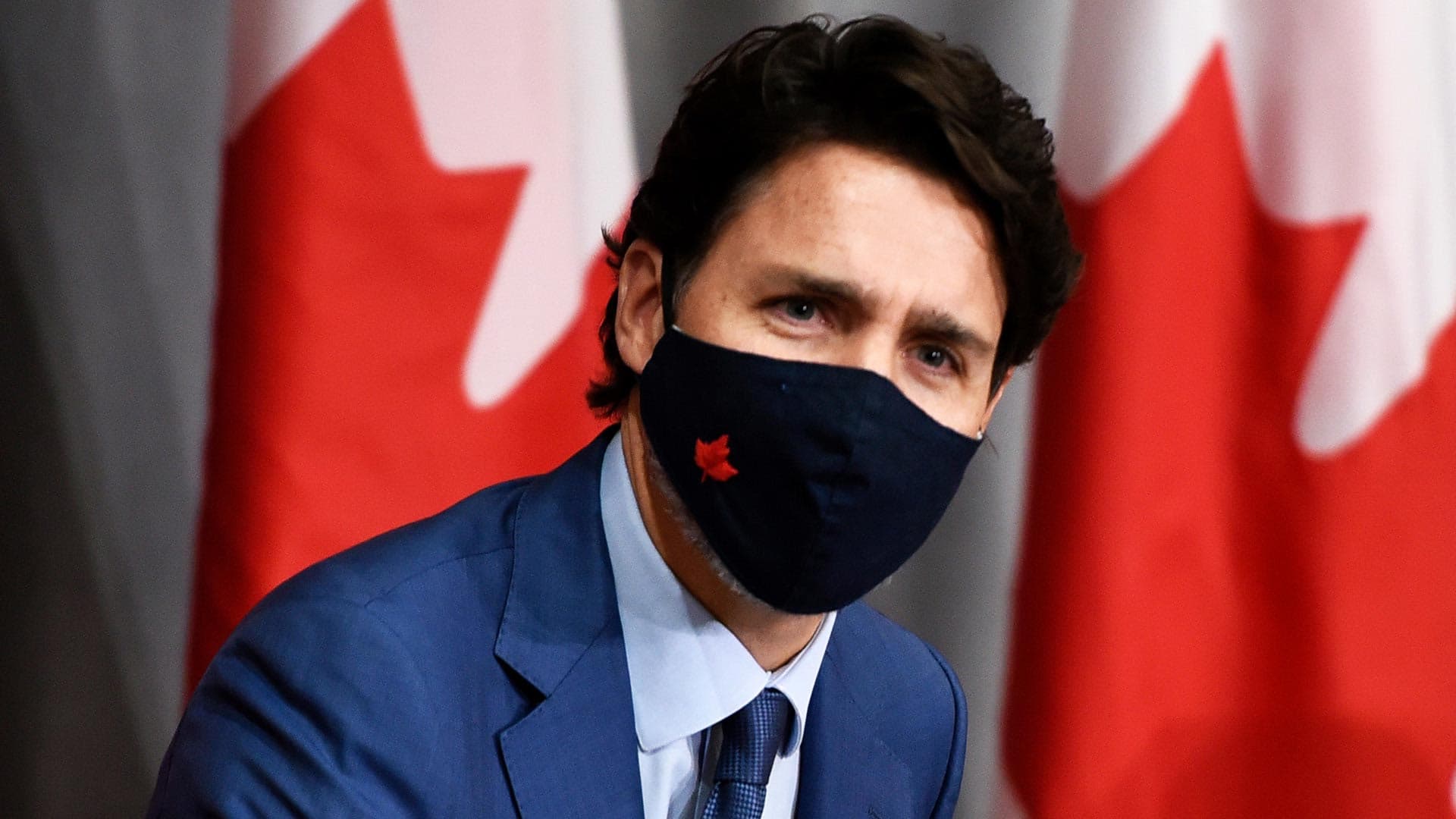 Canada now has deals in place to get millions of doses of six different COVID-19 vaccines before any of them are proven or ready. It’s an effort to hedge bets in a high-stakes game to beat the virus. 1: 35

“Canadians must have access to a safe and effective vaccine against COVID-19 as quickly as possible, no matter where it was developed,” he said in announcing the deal on Friday.

Also on Friday, the Liberals and the NDP reached a deal on sick leave, allowing the latter party to support Wednesday’s speech from the throne, thus preventing a fall election.

NDP Leader Jagmeet Singh said prior to Wednesday’s throne speech that his party would need to see the Canada emergency response benefit (CERB) extended and for paid sick leave to be offered to all employees across the country to prevent workers from being ill on the job.

Sources told CBC News that Bill C-2 will be changed to allow greater eligibility for sick leave. That legislation will either transition the public from the CERB to an expanded employment insurance program or to one of three new recovery benefits.

What’s happening in the rest of Canada

As of 6: 45 p.m. ET on Saturday, Canada had 151,671 confirmed or presumptive coronavirus cases. Provinces and territories listed 130,328 of those as recovered or resolved. A CBC News tally of deaths based on provincial reports, regional health information and CBC’s reporting stood at 9,303.

In Ontario, Toronto Public Health has ordered three restaurants on King Street West to close to protect the public from COVID-19.

“These closure orders were undertaken based on Toronto Public Health investigations, including contact-tracing data, which has shown that each establishment has not taken the necessary steps to sufficiently protect both the public and employees from the spread of COVID-19,” the city said.

In some cases, people infected with COVID-19 worked at more than one of the locations. One restaurant in particular served food buffet style, which is prohibited under provincial regulations to slow the spread of COVID-19. Another restaurant has been un-cooperative with investigations and impeded the investigation. 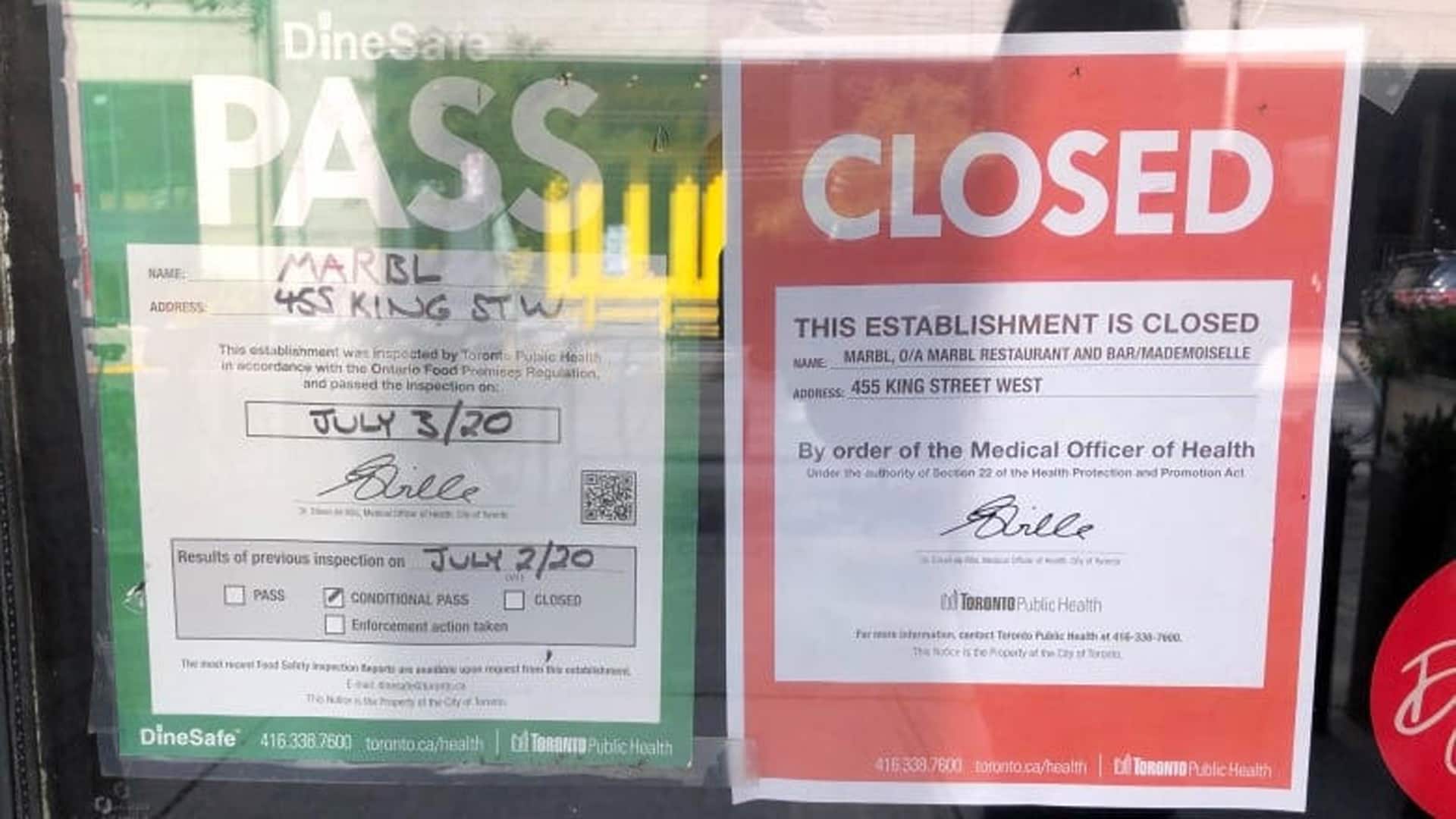 Toronto Public Health says it’s ordered the closure of four bars and restaurants, at least three of which are on the city’s busy King Street. 1: 31

There are 65 new cases of COVID-19 in Manitoba on Saturday, the province said in a news release, including 56 in the Winnipeg health region. The update is the second-highest single-day increase in cases in the province.

Saskatchewan announced 19 new cases on Saturday and said 2,984 COVID-19 tests were conducted on Friday — a new provincial daily high that brought the total testing number to 183,216.

In Yukon, health officials said Saturday that a non-resident has tested positive and is the first case to be hospitalized in the territory.

What’s happening around the world

According to Johns Hopkins University, the global total of confirmed coronavirus cases stands at more than 32.6 million. More than 990,000 people have died, while over 22.5 million have recovered.

In Europe, Germany recorded another rise in daily cases on Saturday, with authorities confirming a further 2,507 infections in the past 24 hours.

Slovakia is facing a record surge of coronavirus infections with the number of new confirmed cases surpassing 500 in one day for the first time.

In the British capital, protesters at a central London anti-lockdown rally scuffled with police officers on Saturday who were trying to break up the demonstration because of a lack of physical distancing.

In Asia, mainland China reported 14 new COVID-19 cases on Sept. 26, compared with 15 cases announced a day earlier, the national health authority said on Saturday. The National Health Commission said in a statement that all the new cases were imported infections involving travelers from abroad.

Confirmed infections in the Philippines have soared past 300,000, the latest bleak milestone in a country that has gradually reopened its battered economy despite having the highest number of cases in the continent’s Southeast.

India reported 85,362 new coronavirus cases in the past 24 hours with infections slowing down this month. The average new cases in India have fallen by about 7,000 daily in the past week, after reaching a record of 97,894 on Sept. 16.

However, authorities are preparing for a major religious festival season beginning next month that generally sees huge congregations in temples and shopping districts.

Africa‘s COVID-19 surge has been levelling off, with its 1.4 million confirmed cases increasing relatively slowly. Due to declining infections, Zimbabwe is reopening schools — along with churches, bars, restaurants, airports and tourist attractions.

Antibody testing is expected to show many more infections, but most cases are asymptomatic. More than 34,000 deaths have been confirmed on the continent of 1.3 billion people.

Health experts point to Africa’s youthful population as a factor in why COVID-19 has not taken a larger toll, along with swift lockdowns and the later arrival of the virus.

Over 1.4 million confirmed #COVID19 cases on the African continent – with more than 1.1 million recoveries & 34,000 deaths cumulatively.

In Latin America, Mexico’s confirmed coronavirus cases rose to 726,431 on Saturday, according to updated data from the health ministry, along with a reported death toll of 76,243.

Coronavirus cases in Colombia, which is nearly a month into a national reopening after a long quarantine, surpassed 800,000 on Saturday, a day after deaths from COVID-19 climbed above 25,000.

Argentina’s novel coronavirus infections were poised to top 700,000 on Saturday as new daily infections and deaths hit the top five globally, Reuters data showed, despite seven months of quarantine that have ravaged the frail economy.

The country, which was already in the grips of a devastating economic crisis, was among the first in Latin America to implement a strict quarantine. But a gradual loosening over time and the spread of cases from the capital to the provinces have seen cases skyrocket.

In the United States, Wisconsin on Saturday hit a record for coronavirus cases recorded in a single day as health officials reported that 2,817 people have tested positive for the virus. The state has seen some of the country’s fastest coronavirus spread over the last two weeks.

In New York, more than 1,000 people have tested positive for COVID-19 in a single day. For the first time since June 5, the state has seen a daily number that high. The number of positive tests reported daily in the state has been steadily inching up in recent weeks, possibly because more businesses have been reopening and students have been returning to schools and college campuses.

Florida reported 107 new coronavirus deaths on Saturday, a day after Republican Gov. Ron DeSantis announced he was lifting restrictions on restaurant capacity. Overall, 14,190 people have died in Florida during the pandemic, including 168 non-residents.

On Friday, DeSantis issued an order allowing restaurants throughout the state to immediately reopen at full capacity. The order prevents cities and counties from ordering them to close or to operate at less than half-capacity unless they can justify a closure for economic or health reasons. DeSantis also banned local fines against people who refuse to wear masks.