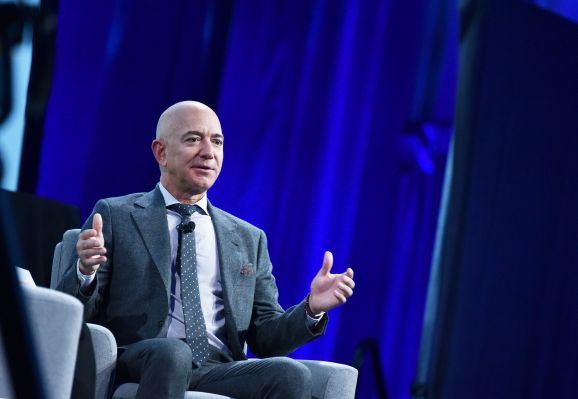 Jeff Bezos dropped Amazon’s annual shareholder letter today, as the world copes the throes of an international pandemic. Naturally, the company’s reaction to the on-going COVID-19 crisis took center stage outdoors letter, as the virus has impacted the merchant giant at almost every level.

Among the meatier subjects detailed therein is more details on the Amazon-built testing laboratories that were announced recently. The executive notes in the letter that the company is thinking about “routine testing of all Amazonians, including those revealing no symptoms.” The letter describes that, obviously, routine screening would be ideal to stop the disease’s spread, as lots of cases are non-symptomatic.

It’s not entirely clear whether such screening would be mandatory, nor is it entirely clear where mandatory screening of staff members revealing no symptoms would fall legally. According to the U.S. Equal Employment Chance Commission’s just recently launched ADA guidelines for the COVID break out, “During a pandemic, ADA-covered employers may ask such staff members if they are experiencing symptoms of the pandemic virus.

Of course, restricted accessibility of screening has rendered the issue rather moot. What Amazon is building, nevertheless, is a screening laboratory designed specifically to check its own workers, in order to prohibit the virus’s spread both within its own ranks and to the outdoors world. Workers in at least 74 warehouse/fulfillment centers have actually checked favorable for the infection, which is capable of living on cardboard for 24 hours and plastics for multiple days.

The business has also implemented temperature level checks at its building globally, created to figure out staff members who may be bring the virus.

Earlier today it came to light that the company had actually fired two more employees who had been vocally important of its handling of the crisis, bringing the amount to 3, including a Staten Island employee who lost his task last month. The business rejected that the shootings were linked to their public criticism, rather insisting, “We terminated these employees for consistently breaching internal policies.”